The majority of men have a very slight curve or sideways “hang” to the penis. But about 400 men in every 100,000 suffer from the condition of severely bent or curved erect penis, so extreme that it makes intercourse painful for both partners or completely impossible. The erect penis may bend in a “J” or “U” shape, or may have a series of bends that create an almost corkscrew-like appearance. This condition is referred to in the medical community as Peyronie’s Disease, and is also sometimes called fibrous caverositis as a description of the condition of having fibrous scar tissue building up in the layers of erectile tissue (cavernosa).

Penile curvature can be present at birth (congenital) or arise during life (acquired) for various reasons. The deviation can be lateral (to the right or left), dorsal (upward), or ventral (downward) ) and, generally, it is more evident at puberty or in adulthood.

Physicians disagree about the exact cause of Peyronie’s. It’s clear, however, that the condition occurs when inelastic plaque or scar tissue replaces the normally elastic tissue of some part of the penis. Normally, an erection expands the elastic tissue of the penis more or less symmetrically, producing a straight erection. But because scar tissue is not elastic, or stretchy, but rather hard, it stays put while other parts of the penis engorge, resulting in curvature or severe bending. If the scar tissue extends all the way around the shaft of the penis, the result is either “bottleneck” or pinching-in at that location or even a drastic shortening of the penis.

This unfortunate circumstance may begin with injury, inflammation, or trauma of some sort to the erect penis, such as forceful bending. Some men have developed Peyronie’s after attempts to treat erectile dysfunction via injection (the most common drug used for this purpose is called Caverject). Physicians also suspect that other medical conditions may influence the onset of Peyronies, such as high blood pressure, hardening of the arteries or diabetes, which may be linked to other rare genetic causes. Currently, though, the most likely culprit is believed to be trauma followed by slow or abnormal healing.

The drama of the curved penis in erection leads to real physical pains that end up triggering functional discomfort and an aesthetic embarrassment. And it also happens that you have to resort to surgical treatment, which in the case of specific techniques can also lead to the risk of recurrence and a reduction in length. It suffers from 3 to 6% of males in the world. Anatomy with unwanted curvature, often triggered by trauma during coitus, even if there is still no full scientific certainty on this specific aspect: the testimony of the subject carrying the problem should always be available. It is up to the male to report the before and after of the anatomy of his genital organ. It can immediately make sexual intercourse difficult or impossible. It causes pain or aching both at rest and in an erection. This means that there is a perennial state of functional discomfort, which then translates into psychic discomfort.

As for treatment, it’s important to understand that every case of Peyronie’s is different. For some men, surgery is a logical option, though physicians generally tell patients to wait at least a year or two before surgical attempts to correct it are made. During that waiting period, most patients will try other treatments first, with the thought that surgery is a last-resort, drastic choice (if you doubt this, do a search online with the keywords “penile curvature surgery,” though you should be warned that these graphic photos are not for the weak of heart or stomach and can be very disturbing).

In some cases, men improve spontaneously without treatment within a year or two, and scar tissue may even disappear. About 40% of men see no change within that time frame, though, and another 40% may even see worsening of conditions. One of the two most-performed surgeries, called the Nesbit procedure, often results in a shortening of the penis by 1 to 2 inches; the other procedure in which scar tissue is replaced with grafted tissue may result in partial or complete loss of erectile function. In these cases, prior to surgery and during the “waiting period,” alternative treatments are certainly worthwhile and more effective than doing nothing at all, and are infinitely preferable given the extreme nature of the surgical treatments.

Right now, the best-documented and most successful self-treatments available are in the form of traction devices, perhaps combined with a course of Vitamin E therapy. Highly successful corrective devices like the ProExtender™ (www.proextender.com) work by gently applying consistent, measured traction to the penis to counteract the hardening of scar tissue while building the penis’s straight-arrow dimensions. The device can be worn discreetly under clothing (even at work, if a man has a low-exertion job) and needs to be applied consistently for a course of months. This device was developed by a Swedish doctor, Jorn Ege Siana, and is used in clinics and hospitals throughout the US and Europe by post-penis-surgery patients to ensure proper healing, and is also offered by doctors as an alternative to surgery.

Get Discount for ProExtender

The benefits of traction-device treatment are clear: no side effects, low cost compared to surgery, and the advantage of at-home treatment without the trauma and invasive risks of surgery. To this, many men add Vitamin E, studied throughout the 1940s and 1950s and continuing today concerning its effectiveness against penile curvature. Another natural supplement used by Peyronie sufferers is Potaba, or Potassium aminobenzoate, which has been shown to yield some benefits; however, the cost can be high since the therapy requires 24 pills a day for up to 6 months. There are a number of other oral medications and supplements available by prescription for Peyronie’s disease. For any of these approaches, men are advised to consult a physician.

PeniMaster Pro – with Germany Technology, The Penimaster is a medical expander, also referred to as an extender, which can stretch the penis clinically and adequately properly for a lengthier period. This stimulates the tissues of the penis, which may result in an enhancement of the penis. The Penimaster can Enlarge your penis length & girth & help straighten it.

Get Discount for Penimaster Pro®

The Phallosan has been investigating systems for natural penis enlargement for over 18 years. Behind this is the company “Swiss Sana Anstalt”. It based in Vaduz, the capital of Lichtenstein. This Background makes it one of the leading companies in the production of penis extenders. The Phallosan forte brand makes by a manufacturer with numerous years of experience.

Get Discount for Phallosan Forte

Phallosan Forte can make the reversal of Peyronie’s disease and erectile dysfunction. 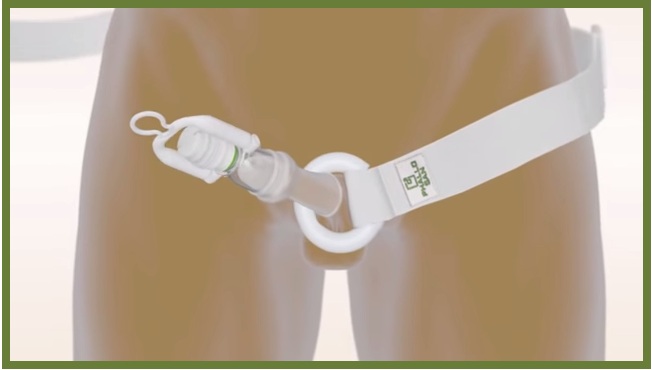 Therapy with Phallosan forte is, therefore, a real alternative to surgical methods. Through continuous force, it is possible to repair or at least improve, a deviation or loss of size. With the mechanical process of Phallosan forte, 640 patients already successfully cured. Phallosan forte is the therapeutic approach that recommended IPP deviation – especially considering that other therapy options do not affect in any way.